We started the day a bit anxious. Angie had picked up an eye infection at the airports / flights circus that just would not clear up. In Huasco we had popped into a Farmacia where she had been given some cream and tablets but things were not improving. This morning, she felt as though she was seeing the world through a plastic bag through her left eye and so we consulted the hotel owner’s son who spoke excellent English and pointed us to a 24 hour clinic. Easily found using SatNav, where a nurse explained that they had no eye specialists here, but referred us to an eye clininc across town, again, easily found. The rather strict receptionists pointed out that there would be a charge of 30,000 Chilean Pesos to see the specialist. He seemed rather irritated that we were in Chile with an inadequate amount of Spanish, but gave her a full set of tests, told her to stop the previous creams and pills and prescribed eye drops and more cream and tablets – including anti bionics judging by their names – we’ll check out the internet later. Much happier, we went off to a Farmacia where another 44,000 pesos later we had the medication and a 1,400 pesos parking charge. It’s good that help is at hand when needed – it’s better when it comes for free such as for old timers in the UK.

Because we had gotten ahead of ourselves by staying in Chillán rather than in Talca, the time spent this morning had not been a great loss. An hour or so farther south on R5 and we were in Los Angeles, BioBio Region and headed east for the Andes. I explained to Angie that during my last visit here we had found a cabana in Antuco, had spent the next day at the Laguna and another night in the cabana. That had been in the middle of summer, but although yesterday’s heavy showers had cleared up and there were even sunny spells, the jumper and coat remained essential. (S2862 – images along the road from Chillán to Temuco – no cacti photographed)

Driving through Antuco we saw a hotel / cabana in town, but everything looked dirty and closed. We carried on to the Laguna del Laja Nacional Parque (S2863) where on the previous visit we had photographed wonderful Andean / Alpine Viola and Maihuenia poepigii in flower and fruit. But that was in early summer, not early Spring. It was all very bare and cold this time round, with some green leaves poking out through the black lava gravel. The biting wind did not help, but al least this time I was prepared for Patagonia and its weather.

After some driving round, we found a spot that looked like the place where we had been before. We zipped up our coats and ventured out of the car. Angie was the first to find the violas. Very small, smaller that I remembered and she had expected, but in flower, with ants crawling around as possible pollinators. I looked for fruits, but none were found yet – last time, in December, there had been plenty of open capsules on show, with their small content shot out amongst the gravel. I was getting frustrated at the lack of Maihuenia on show but realised that these too would be smaller. I soon found a clump – helped by a small group that had been uprooted and clearly showed its features. Nearby, another clump was shrunken into the gravel, tiny heads, some with leaves, all with spines and no flowers or fruits to attract our attention. The bonus this time was that the volcanoes and mountains around the volcano were covered in snow, although the top of the volcano was in the clouds, so could have been ‘any old mountain’. I managed some 100 images, including more of the national service soldiers, newly conscripted and sent into the mountains on an exercise without proper training and equipment. They were taken by surprise by a blizzard which left the mountains freezing in 2 m of snow. The sergeant and 44 conscripts died from the frost and exhaustion, in the arms of the few survivors. Their grave stones marked the places where they were found. All were born during 1986 and died on 18 May 2008 – very sad. 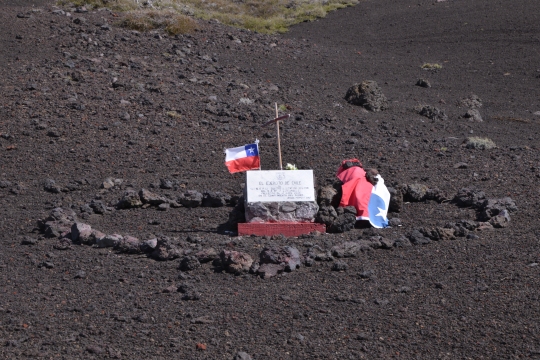 One of the graves scattered amongst the plants. 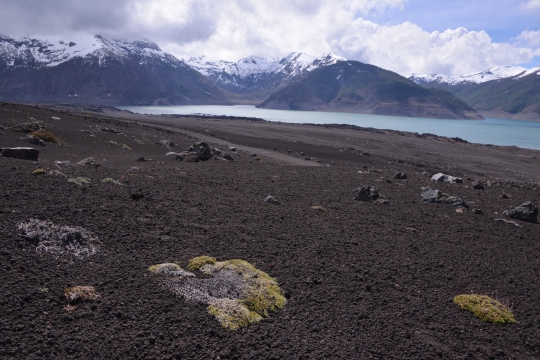 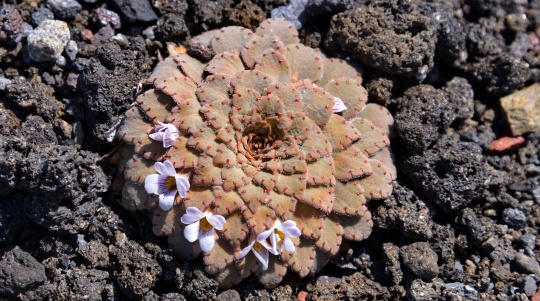 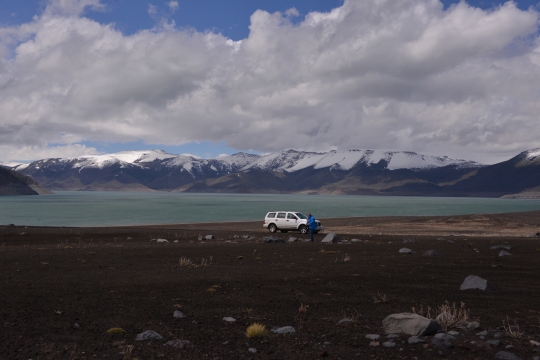 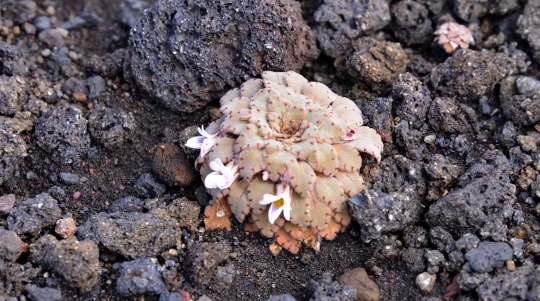 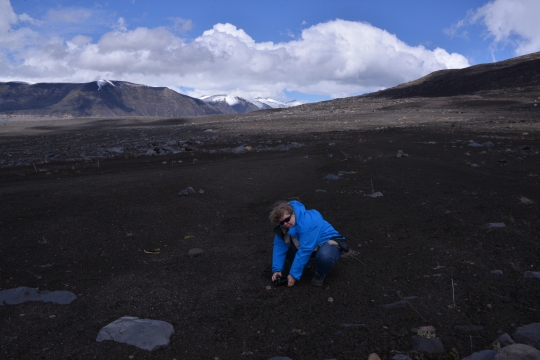 Angie taking pictures of the Viola 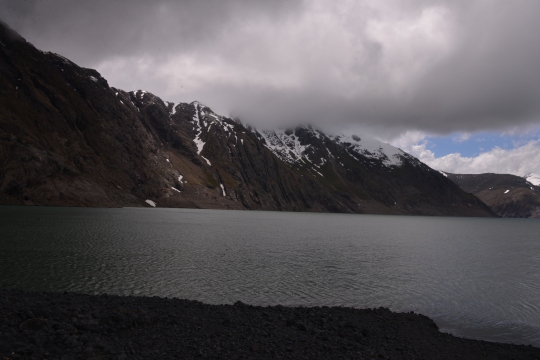 We had now acomplished our goal for our visit here, well ahead of schedule, so decided to try and find a cozy warm hotel in Los Angeles rather than a cold cabana and snack bar food, so headed back to Los Angeles, where road works managed to get SatNav lost. After crossing the town twice, we were back on R5, headed south. SatNav told us that another 90 minutes later, we’d be in Temuco and on tomorrow’s route to the Argentinian border. It also showed a Holiday Inn Express, near R5, so no need to wrestle with rush hour traffic!

And so we are nicely tucked in with wifi faster than elsewhere in Chile (although Angie is struggling to get in – one connection per room I guess).

She has patiently waited while I typed up today’s missive. Only fair that I send this one out and reach for a cold Cristal. Tomorrow we’ll see if the pass to Argentina is open.