The beauty of a group party with independent (car) means is that while Bart & Marijke chose to have a restful morning at Roccas de Bahia, Brendan, Lucy, JYC and I decided on a series of short stops to get to the Pan de Azucar NP.

People have asked me what the ‘Y’ in JYC (Jonathan’s initials) stand for. Due to his academic achievements, he can lay claim to the title of Doctor. Now, we have all heard of Doctor Who, and you can’t have two of those in parallel, so he is Doctor Why, Y for short.

First stop today was at the regular location for Copiapoa calderana. Ritter seems slightly confused about this taxon as in his notes for Frau Winter’s seed list he puts a different emphasis on the whiteness or otherwise of these plants compared to his original description of them. Having been here a couple of times now in quick succession, I thought my mind was playing tricks, or at least my memory, as the degree of ‘whiteness’ seemed different each time. Now we all know that our cacti take on different hues and colours after they have had a good overhead drink and while we had certainly not had any rain as such, today started again with a very low cloud cover that again made it necessary to engage the windscreenwhipers. It seems that this small amount of moisture in the air is enough to affect the colour of the calderanas. Certainly in the bright sunshine, they seem much lighter. 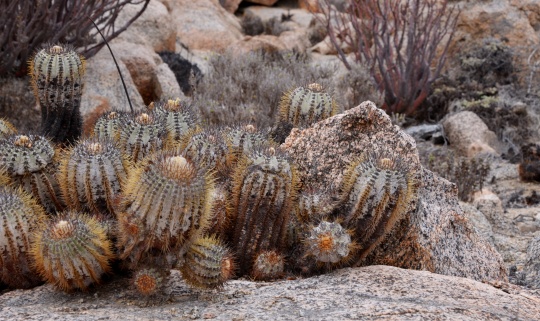 We moved on to the usual ‘Hoot the Virgin’ stop (S2906) and again found a nice set of C. calderana ‘spinosior’ plants before Brendan & Lucy had to drive on to meet Bart & Marijke at the little chapel along the track to the southern entrance to Pan de Azucar. 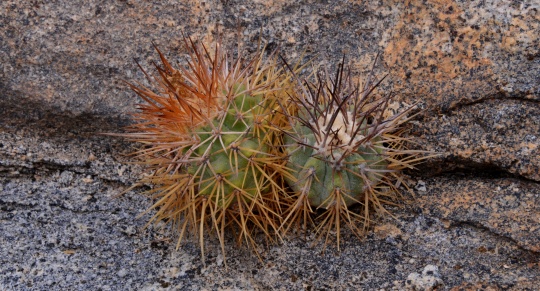 Brendan was going to follow Bart up the hill to see C. serpentisulcata ‘proper’ at the top of what we’ve christened ‘Radiomast’ and ‘Fognet’ Hill. Strange names but self explanatory when you see them.

JYC and I found time for an Expresso at the Copec in Chañaral, before saying hello to Marijke & Lucy who had decided to stay at the base of the hill and watch their men’s progress through binoculars as they climbed to the summit. We drove on to photograph C. cinarescens at various spots – some covered in dust, others nice and clean on almost black rocks, with the Ocean in the background. 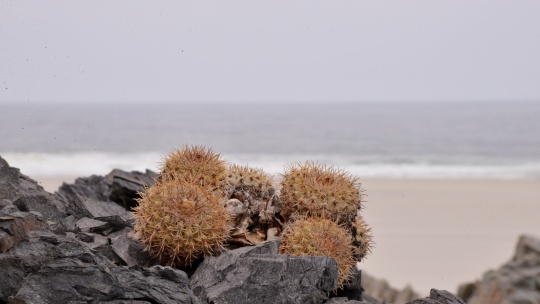 Then on to see Smiler, Angie’s crested plant of C. cinerea ssp column-alba that we visit each time that we pass. Would I be able to find it without her ability to walk straight up to a single plant in the midst of thousands? I did! 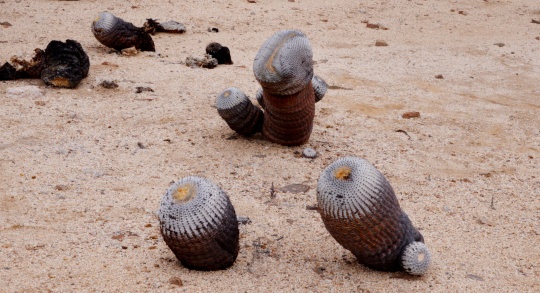 We were just commenting on the peace and solitude at this spot when while taking our pictures suddenly a man came walking out of nowhere – one of the rangers who introduced himself as Alfonso, nickname ‘Poncho’ – it was unreal! Like the first men on the moon – Neil Armstrong & Buzz Aldrin, suddenly being tapped on the shoulder and asked ‘What are you doing here?’

It seemed that today was another public holiday and he was just taking a walk rather than ‘on duty’ He spoke a bit of English and might be a useful contact in days to come.

It was still quite a drive to Taltal, where again we found rooms at Hotel Plaza, while Bart & Marijke are at the Cabanas and Brendan and Lucy are staying with friends.