[The following text was written ‘live’ from the field.]

Sorry for the break in communications – too tired (I’m recovering from a bad sinus infection after a tooth extraction two days before flying out) and no internet facilities in Clanwilliam with the internet cafe closed due to a Bank Holiday weekend.

These diaries are going to be more difficult to do on the road than I had imagined. I took 853 images of the nice plants and scenery that we saw during the last few days, but for many I’m not even sure of the genus, let alone the species.  David Neville is great and patient at telling me names over and over, but my short term memory is worryingly poor. Even then, an attempt to get the spelling approximate enough to be recognised and to decide whose classification / taxonomy to use for each family is very difficult on the road, without internet access.

We’re here to take pictures – sorting out names we can do later. Perhaps I should switch to a photo album approach with minimal text to give you all the opportunity to tell me what I saw. Just one image of each species that we saw. We’ll see.

We’re in the Hotel Vredendal for two more nights so should have internet access during that time.

We started the day with a look at the Clanwilliamdam, but somehow this did not get a formal Stop number. Apart from images from the dam itself we amused ourselves by taking pictures of the weavebirds that had made their nests in the trees in the car park.

We made another five stops: S2572 – S2576. I usually do a ‘plant list’ for each stop but today I realised how impractical this will be for this trip as the number of different plants at each of these stops just grew and grew. At two of today’s stops I managed to record 19 different species. That might still be manageable if I had accurate names for them, but although I have made progress in identifying some plants, from books in my library and from Google searches on the internet, and plant list would still include some 50% of names where I can do no better at the moment than ‘Genus sp.’ So I’ll focus on the stars of the day, the plants that for some reason justify a special mention and will include my favourite images of the day.

I’ll start with our brief stop S2572 where we saw some ‘large leaves’ growing alongside the track, possibly a Massonia sp?

The small plants at the bottom of the picture are Crassula capensis.

A bit farther along the track David recognised the scenery of a place that he had explored with the late David & Margaret Corrina during their trip in 2005. Here Conophytum obcordellum stole the show for me.

As you might be able to tell, these plants were soaking wet after overnight rain and I was still wearing a coat over my jumper.

We had learned in Clanwilliam that we were still at the end of the bulb flowering season that attracts many tourists to the area, putting pressure on hotels, so we arrived in Vredendal early in the afternoon, got our ro0oms in the almost empty 51-room Vredendal Hotel. With beds for the night sorted we headed west towards Luderitzville where David took us to another location from previous trips, this time S2576. As at the previous stop (S2575) about 6 km north-west from Lutzville, S2576, 9 km farther along the R363, I recorded 19 plants from each! I get the impression that the R363 Nuwerus to Lutzville road is the western boundary of the Knersvlakte, a region of a hilly terrain covered with quartz gravel in Namaqualand in the north-west corner of the Western Cape Province – there is no formal indication on maps where this legendary (to succulent plant freaks) starts or ends. I’ll give you the plant list for S2576 as a sample of the diversity of the succulent plant flora of the area and my lack of knowledge of the plants I photographed:

I have put together a gallery for this stop – feel free to suggest names for any of these plants or to tell me if you find misidentified plants anywhere in the Diaries. 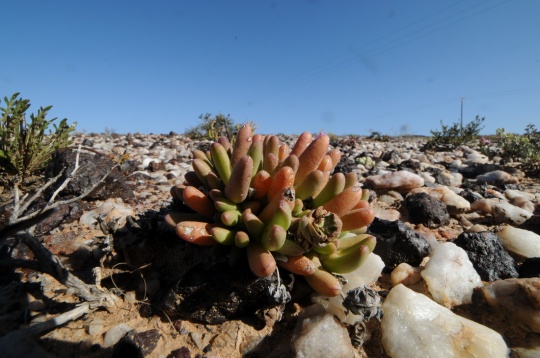 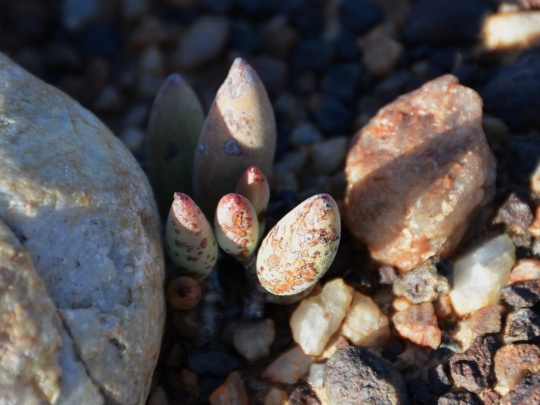 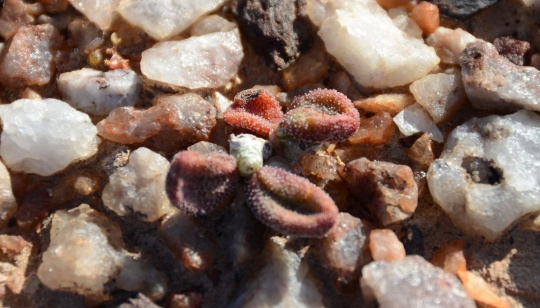 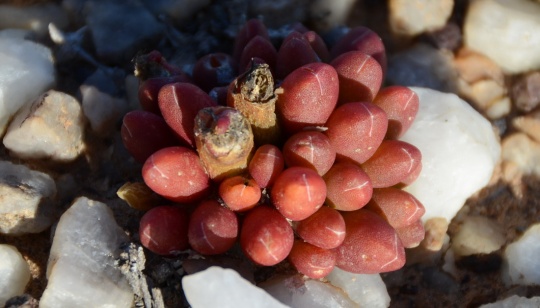