Just two stops today, very different from each other, both very enjoyable.

The first, S2688, was another of David’s must-see recommendations and again we were not disappointed. David gave a strange, foreign sounding name; something like Smørrebrød Kadu, sounding like a Danish open sandwich. As we pulled up to the gate of a farm, it suddenly clicked: the name of the farm was sMorgenskadu,

Morgen Schaduw in Dutch, Morning Shadow in English. Looking at the hillside where David told us the plants grew, I also understood why:

The west (Ocean facing) slope of the hills benefit from low cloud and no doubt also fogs drifting in from the Ocean, even though it is 122 km (76 miles) away, as the crow flies, so in the mornings, the hillside is in the shadow of cloud cover, hence the name. As we were eyeing up the scenery, a bakkie pulled up to the gate and we asked permission to take some photos of plants on the hill, which was granted without problem.

We stayed for over three and a half hours – it was one of those stops where I will struggle to find just one or two images from the following plant list and from 191 images:

I have to pick Conophytum maughanii, if only because it was the plant that David was most keen to show us and it was the most difficult one to find. SB802 originates from this location. Since Opthalmophyllum and Conophytum were merged it is of course Conophytum maughanii. Googling Smorgenskadu reveals that Conophytum lydiae `spathulatum’ is also reported from here.  I’ll stick with the first name.

The next image highlights another problem that we encountered: 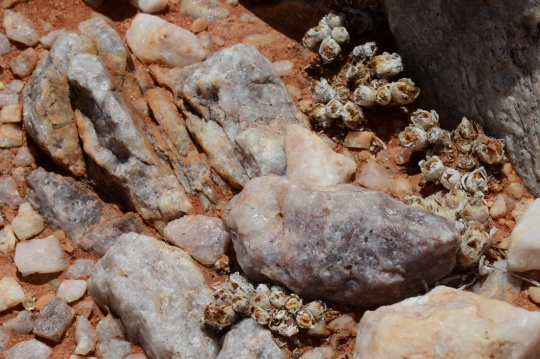 When Conophytums are at rest (a) they are hardly worth taking a picture of and (b) trying to put a name to them, at least with my minimal knowledge, is impossible. Steve Hammer’s 1993 Conography reports that (at the time) there are about 450 names for plants at about 1,800! populations. As new populations are found, surely these numbers must have increased. How can we possibly check that the ‘populations’ that we found are already known or new?  Is there a register available that we can readily inspect and, if need be, add to?

The Smorgenskadu has been thoroughly explored to I assume all the Conos here have already been recorded and identified. The following names have been reported from here: C. smorekaduense, C. hermarium, C. lithopsoides and C. marginatum SB632. I’d be happy to hear any suggestions from people far more knowledgeable on the subject and their suggestion for this other (?) Cono found here: maybe C. flavum?

While searching for Cono info for this location, I also learned of a Cheiridopsis reported from here and in the absence of other information, will use that name here: 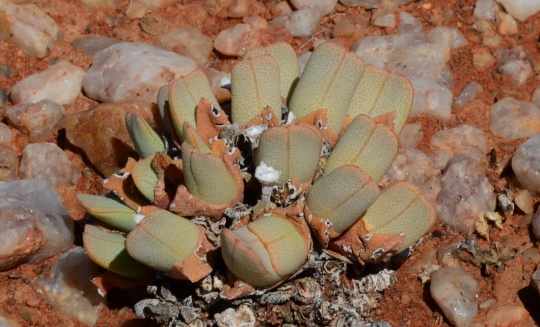 Having already included far more images than intended, I can’t help but include this nice Monsonia / Sarcocaulon sp:

and this other minature Mesmb. 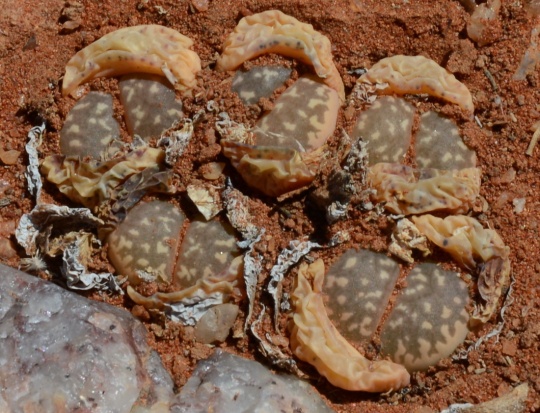 Easy to see why we took so long here and why I could not limit myself to just one image.

S2689 was an afternoon visit to the Goegap Nature Reserve, to the south east of Springbok. We only had a little over an hour before they closed their gates for the day, but did not want to leave until we had taken a look around so that we could report back to Anthony Mitchell, our friend from the Isle of Wight, who had spent quite some time in South Africa some 30 years ago, exploring on his bicycle! I understand that many of his collections were housed here when he returned to the UK.

It was useful to see some plants that we had already seen in nature, here with labels – of course you can never be 100% that the labels are right.