Just a look back to last night when we were joined in Club Taltal by the Chavez family. If you have ever used the hardware shop near Hotel Gali, you might have met them – they own it. Also, their family run Hotel Gali. When Brendan Burke was after a bag of cement many years ago to build Alan Craig’s monument, he got to know them and they have been good friends ever since – he is not allowed to stay in a hotel when in Taltal, he has to stay with them.

And so we learned that in June 2013, it had snowed in Taltal, with snow lying on the hill tops and stopping traffic coming in from R5 from Antofagasta. No wonder the Eulychnia looked a little worse for wear! Apparently this was the first snow in more than 60 years.

Also it has been extremely and unusually dry, without any rains here since March. Until Saturday night when I was woken up by the sound of a good old English downpour on the tin roofs. I thought I could see lightening, but instead of the sound of thunder, I heard the commotion of folks running round (presumably with torches) reporting leaks and finding buckets to place under the affected areas.

All was dry again by the time we went to breakfast, an early start, as we were off to Botija where JYC could put another four ticks against his Copiapoa checklist. It’s still a long drive, even though asphalt extends to 18 km north of Paposo. Why stop there?

We had left Nessy (our Nissan Xtrail) at home, accepting lifts from Brendan & Osvaldo (JYC) and Bart (me) in the 4x4s in the hope that we could drive in again. The track had deteriorated since 2010 and there were some hard scrapes, but we managed to get to within 400 m of the ‘T-junction’, before a massive stone ‘threshold’, over 3 ft high, blocked our way. Where had that come from? Not carried by water! A rumble?

I just relaxed sitting between the Copiapoa solaris and C. calderana ssp atacamensis plants, watching JYC with his studies of Copiapoa and sliding down hills, while resting my own aching knees and ankles. Old timers? The others had headed off towards the south. It seemed a good idea to stroll back towards the mouth of the Quebrada so that Jonathan could take a closer look at C. decorticans and C. ahremephiana. We actually managed to find a few plants that we could get close enough to, to touch, rather than just capture them with the aid of a 300 mm zoom lens. Amazing how the climb to the plants is always easy, while the return trip can be very slow and treacherous.

Every C. ahremephiana I showed JYC added another dilemma to his understanding of the genus. Surely this plant was a C. haseltoniana? and surely that one was a C. calderana? But how could they be heads on the same plant? Those of us who’ve been here will have seen this and done that. Things become a little easier back home when seed collected in habitat at least produces plants that are consistent in appearance. So clearly, the different appearances in habitat on one plant are due to environmental issues – it did seem that there was some consistency in the appearance of heads on the north side of plants that differed to those growing on the south side.

In 2001 we had stopped here not knowing where exactly we were as we travelled from San Pedro de Atacama to Taltal. Marlon Machado & I compared notes later and both of us had noted ‘two small Copiapoa species growing along the track, one looking like a tiny C. haseltoniana, the other like a different ‘sp.’ When we returned a few days later with Rudolf Schulz & Attila Kapitany, were were amazed to learn that this was the famous Quebrada Botija and that the one species that grew at the mouth of the Quebrada had not yet been named and was known simply as Copiapoa sp. Botija 1, while C. decorticates was sp. Botija 2.

Just as we wondered about strolling back towards the cars, they appeared in view – excellent timing. Although we all had a great day and were excited about what we had seen, sitting on the sunny side of the car, being rocked by the ripio track, it took no time at all before my snoring joined in with sound of the car’s engine.

Back in the hotel, we had time to download images and change as we had been invited to the home of Osvaldo Snr and his wife Marie for a BBQ. There seems to be very little time for anything like shopping and laundry. Today’s images were filed as follows 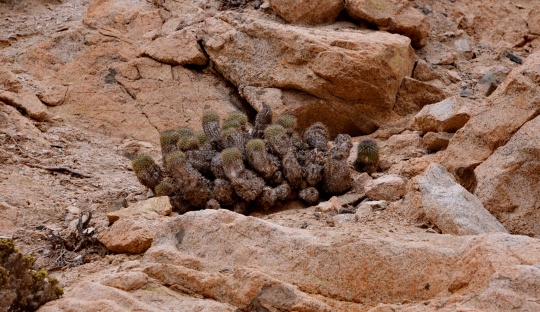 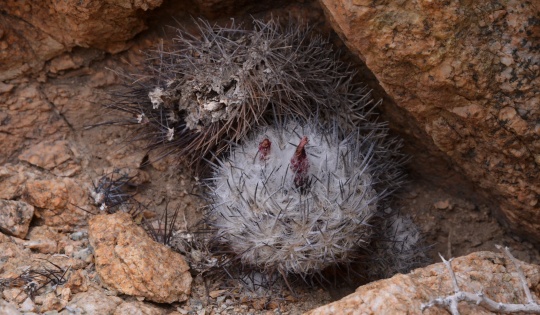 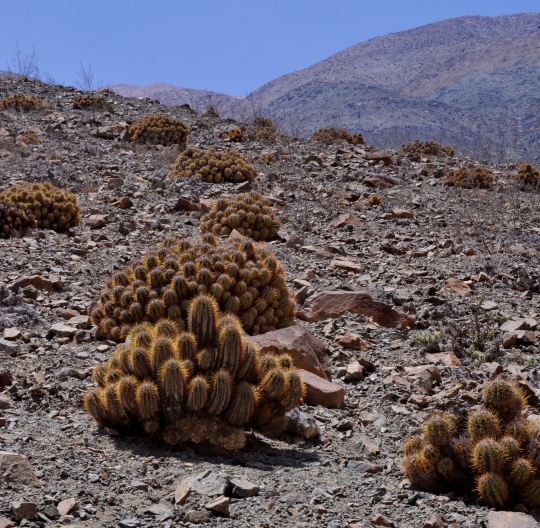 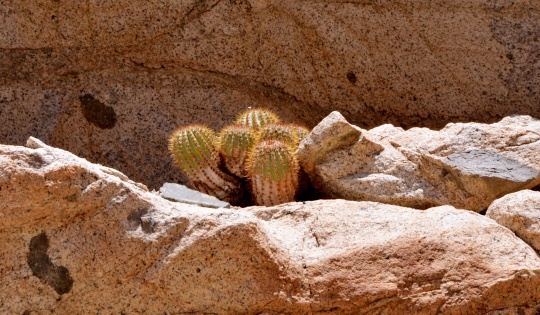 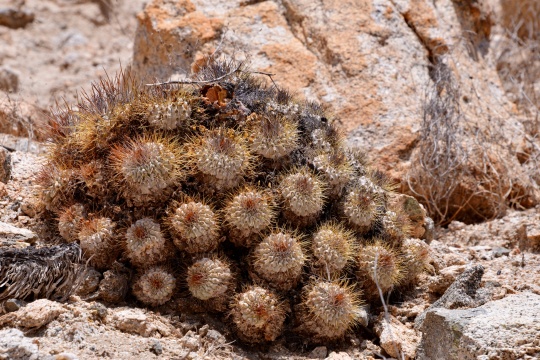 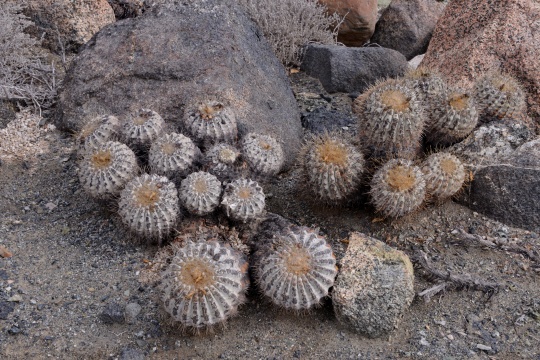 So tomorrow we’ll have a 10 a.m. start and have an easier day, taking a ride to the top of Mt Perales. Osvaldo Snr, a building contractor, was responsible for the erection of the radio masts and constructing the track to the top. Why did he not build a nice smooth asphalt road and a coffee shop / ice cream parlour at the top?! Budget constraints!