It’s only some 21 km from Rosh Pinah to the small 2 car at the time ferry across the Oranje Rivier at Sendelingsdrift and the border with South Africa. There was one car already being processed but there was only one officer on duty. We knew what to expect from numerous border crossings elsewhere but here it was all done calmly and in a friendly manner. I can recommend this experience, but check the opening hours and after heavy rainfalls (rare) the ferry may not be able to cross the river (S2652). 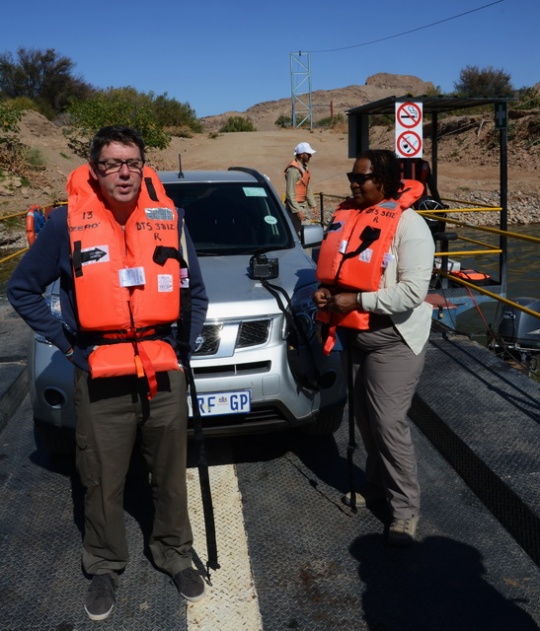 The same applied to the South African side of the border. All the buildings were fairly new – this border post and the ferry have only been open as a public crossing since 2007.

From the customs post a number of not too well sign-posted tracks lead off in various directions. Sat Nav seemed a little confused until a few km along the first choice track it became clear that we should have taken one of the alternatives.

We stopped along our second choice track at a large flat area with numerous clump forming succulents. I’ve provisionally IDed them as members of the genus Cheiridopsis but there are several problems with that. First of all, just in this one location there were enough plants that looked different enough to convince a dedicated splitter that we were seeing at least half a dozen different species. However, things have become more complicated once I got back home to find that there are some 100 species of Cheiridopsis and that there are at least half a dozen more genera that look more like my Cheiridopsis than some of the members of that genus. So for now I’ll refer to all such plants as Cheiridopsis species until I’ve learned to tell what is what. Here are a few nice ones ….. or are they not Cheiridopsis? 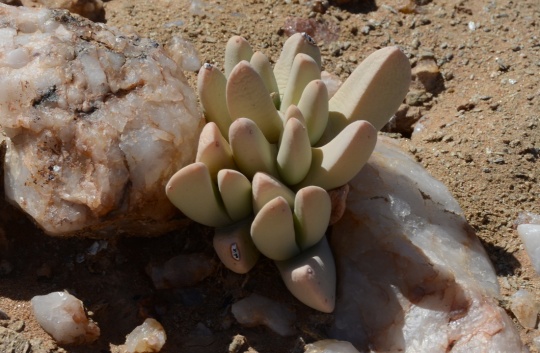 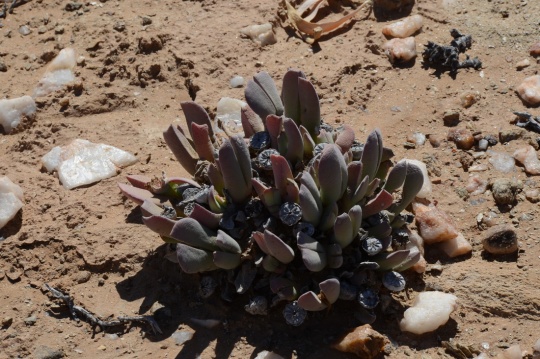 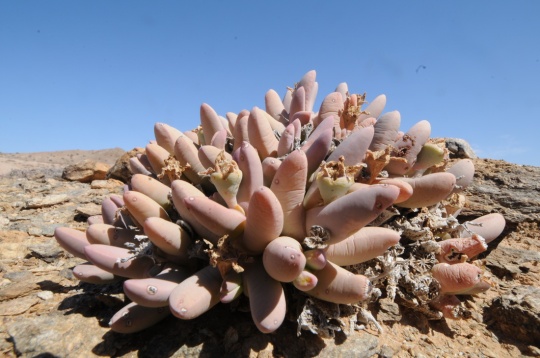 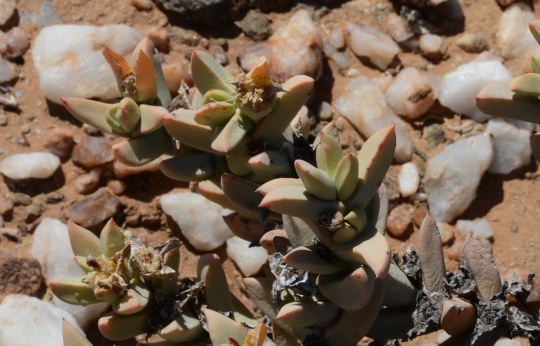 To complicate matters further, the foliage of these plants – and therefore the appearance of the whole plant as hardly any stem, if any, is visible – can dry up into a papery sheet in the dry season and then look quite different to specimens in groth that we were seeing.

We were near a location suggested to Eunice for Crassula alstonii, one of the more interesting members of that genus (S2654). We searched spread out over a wide area on foot for over an hour but found none, but I still managed to take 61 images, including this one of a non-succulent but spiny shrub, in flower. 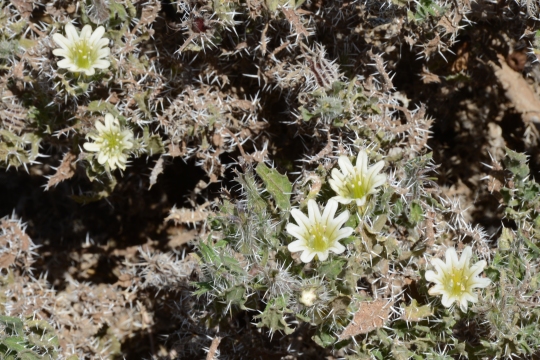 At S2655 we saw a lot more Crassula, all very nice plants, but again at time tricky to ID. I’m sure that I’ll be told which ones I got wrong in the following set; 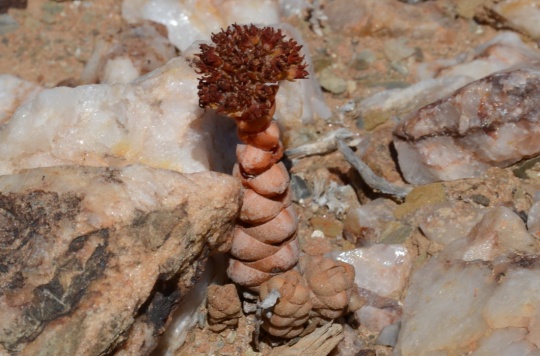 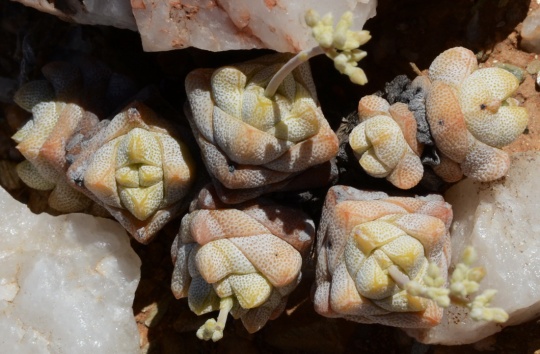 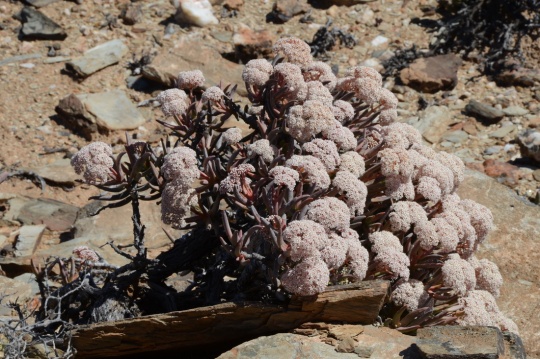 and finally a couple of nice Aloes ….. 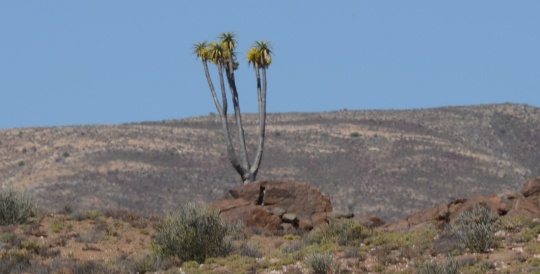 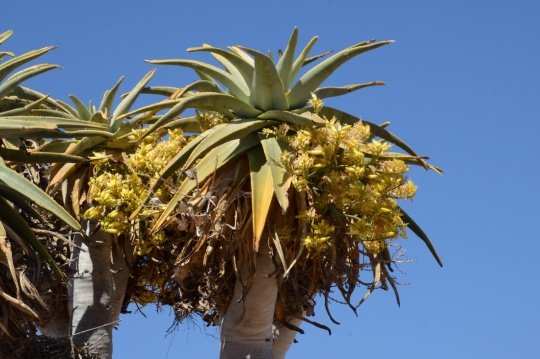 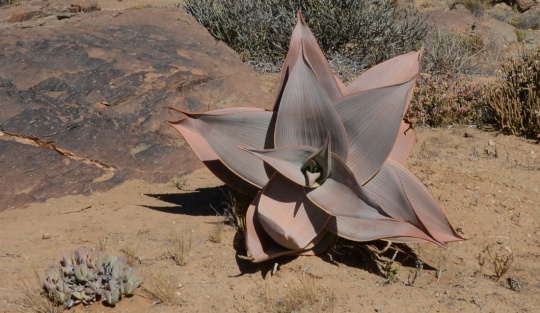 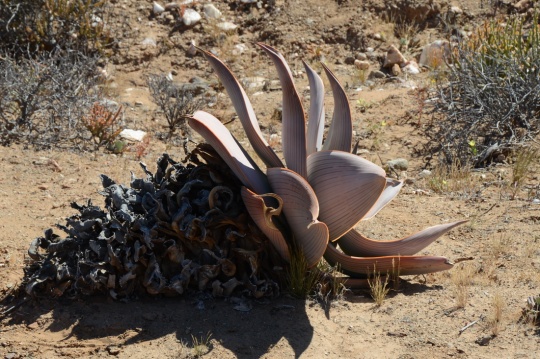 and a peculiar plant that after searches on the internet has been provisionally identified as a Mesemb! all at S2656, still in the Richtersveld, before heading down for the 100 km plus drive to Port Nolloth. 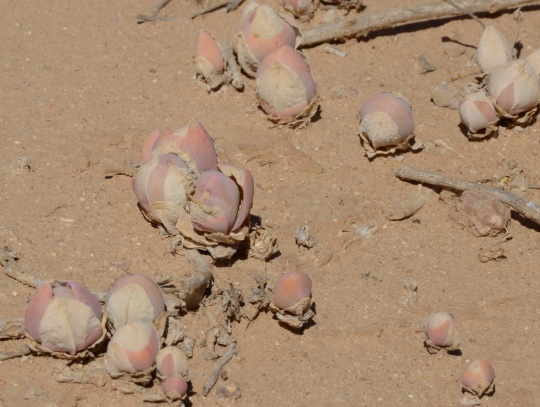 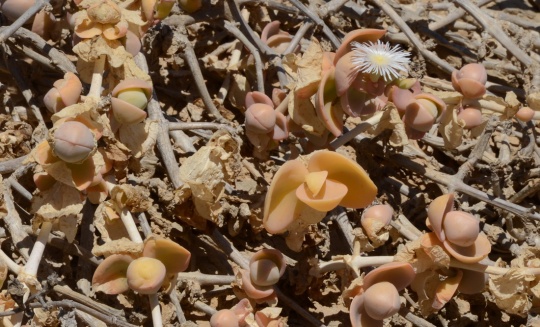